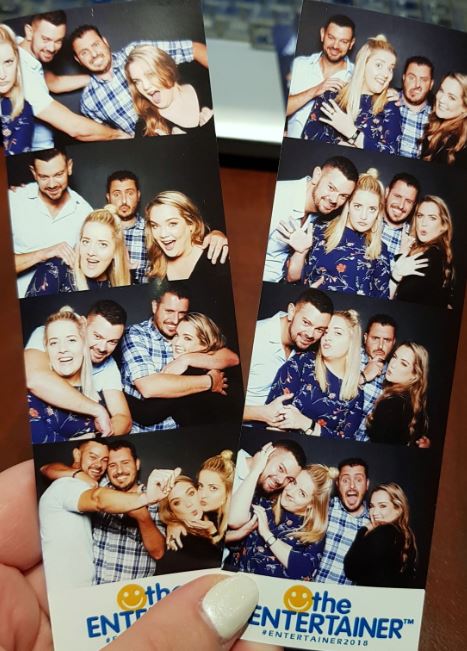 By now, if you haven’t heard me mention The Entertainer, you’ve been living under a rock.  It’s the ULTIMATE app for saving money when eating out or getting beauty treatments.  Which is mostly what I’ve been using it for this last year.  In fact, looking back, I’ve used this app EVERY. SINGLE. MONTH. of 2017!

Currently on the app, you can find five different sections of goodies.  Food & Drink, Beauty & Fitness, Attraction & Leisure, Retail & Services and Hotels Worldwide.  We’ve made good use of the first three a lot (especially food and drink), and I definitely plan on using the Retail section to start a juice cleanse in January, and the Hotel section to get a free consecutive night at a hotel or B & B, when I pay for one.  Amazing value and really fantastic and varied options.

The hubby and I eat out a fair bit, and I love getting a good ol’ pamper (who doesn’t though), so for us, this app was a dream come true.  I first received a VIP key code at the KZN Blogger meetup last year in August 2016, which introduced me to the awesomeness of it’s buy-one-get-one-free deals.  So much so, that we paid to renew it for 2017 ourselves.  That’s right, we were opting in as paying customers – not sponsored, and not given it to review! 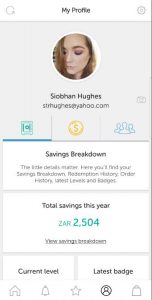 So far, we’ve saved on average R2504.  Take away the cost of R295 that we paid on the Early Bird special last year (cheaper price if you renew early).  And then add in the fact that each deal gives the average that you COULD save.  For example, you could save R70 on a meal at a restaurant.  However, we never opt for the average priced meal, we can honestly say that every meal we’ve had using the app has cost more than the average.  On working this out, we’ve saved well over R3000 on doing something we would already have done.  And, to make it even more worthwhile, we’ve found several new restaurants that we can’t stop going to!

You also earn Smiles (the app’s currency) with each deal you use, and every time you share a claimed deal on social media.  So far, we’re sitting at a lovely 5097 smiles, and we’ve actually used them a couple of times to claim back a deal when we’ve finished our allotted three deals at a restaurant.

So far this year, I’ve attended the Women’s Day event that The Entertainer held in Durban for bloggers, and I was then invited to the 2018 App Launch party, held earlier this month.  And from both experiences, boy do these guys know how to show you a great time.

At the 2018 launch party, we were treated to delicious snacks, wine and pink G & T’s and great music at the venue Views at 25, a venue I’d never heard of.  It was a rooftop bar with an eye-catching view of the Moses Mabhida stadium, and really so beautiful.  We were given a brief explanation of what the 2018 app has in store for us and they even had a photo booth where we could pose for photos and they were printed out onto strips.  As you can imagine, Camilla from Jane Wonder (my blogger bestie), myself and our significant others had an absolute ball!  In fact, too much of a ball, as I had a late night (who wants to leave the party when they’re having an awesome time?) and I had a bit of a tender head the following day at work.  But it was all so worth it – take a look at our piccies below! 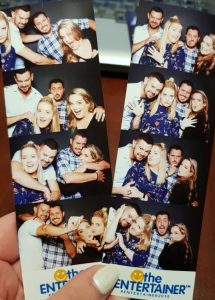 So, you may be thinking to yourself – wow, this app sounds so great, how could it possibly improve?  Read on…

P.S. The app and website appear to still be running the Early Bird special – if you purchase the Durban app NOW, for example, you not only get a 25% discount on the app, but you get Cheers Durban 2018 (deals on cocktails and drinks at different bars and restaurants), Johannesburg & Pretoria 2018 (for when you go and visit your friends and family in Gauteng) AND More Africa 2018 (spots around the continent – there are a few for Zanzibar even!)

So, what are you waiting for?  Go and get saving!

Christmas Gift Guide for Her 2019