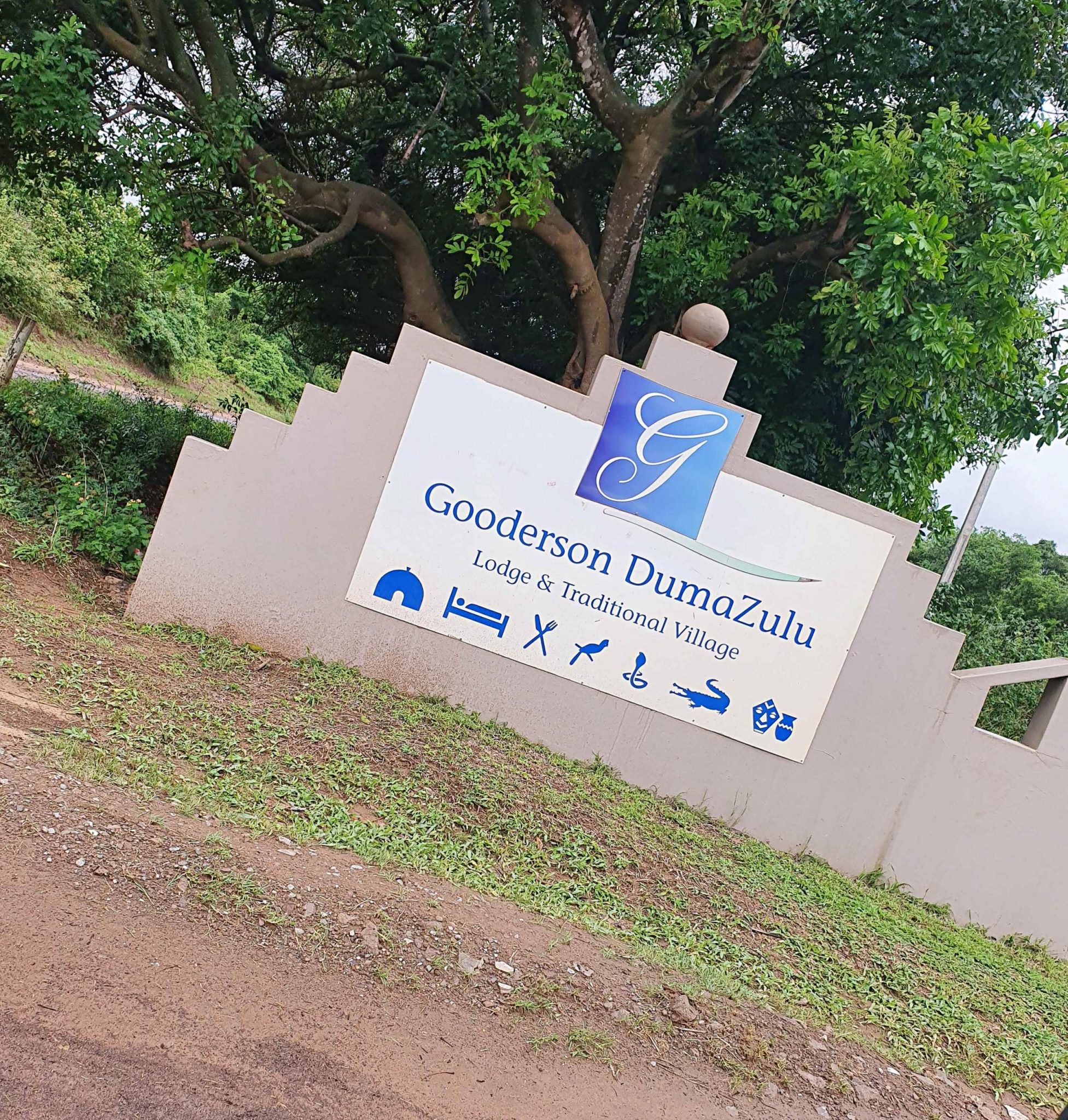 A couple of weeks ago, we drove up to Hluhluwe on the KwaZulu Natal North Coast.  We were headed for a wonderful weekend in the bush, with cultural experiences galore and a whole lot of laughs – we were headed to Gooderson DumaZulu Traditional Village and Lodge. 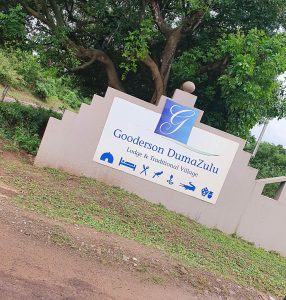 We arrived in Hluhluwe right after the worst of the storms and intense rainfall, and the roads were so waterlogged it was crazy.  We actually didn’t know if we’d get through to DumaZulu at one point!  However, it was reassuring to see men working at various spots to drain the roads and lay down gravel.

Our arrival and check in were smooth – while our room wasn’t ready yet (we were early, and we weren’t bothered), we were able to head to the DumaZulu Wozani Restaurant and we grabbed a toasted sandwich and some tea.

We stayed in room 4A, and were delighted to find once we walked through to the rooms, that they were all in thatched huts and created in the colours and styles of different cultural tribes.  I can imagine that with international tourists this is a big hit! 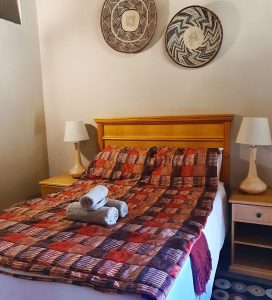 Each room is beautifully rustic.  Clean and tidy with an air conditioner, tea and coffee station and selected DSTV channels, as well as a large shower, you have everything you need.  One warning though – the cell reception at DumaZulu is horrific.  Having stayed in Hluhluwe previously, we were already aware of this.  If you need wifi you can head to the restaurant or the Jabula Bar.  To be quite honest though, we preferred it this way.  You don’t want to be constantly on your phone!

Dinner and breakfast are included in your stay (unless you’re in a self catering unit), although if you’re a visitor or a in self catering units you can pay per head for the breakfast or dinner buffets.  The food is well cooked and hearty, just what you need before and after a day of exploring!

Above are some examples of the delicious meals on offer at breakfast and dinner.

Gooderson DumaZulu has a bird and reptile park, so even if  you don’t feel like leaving the grounds for the day, there is plenty to keep you occupied there.  We didn’t get a chance to enter these but we had a lot of fun checking out the crocodiles and alligator from the walkway to breakfast and dinner. 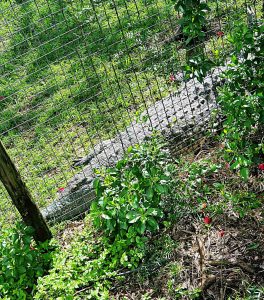 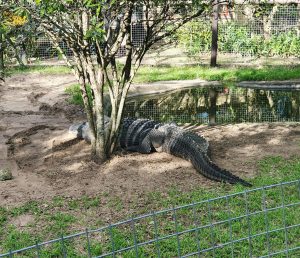 The most EXCITING part of DumaZulu though, is the traditional Zulu village.  Guests and tourists not staying on the premises can visit the village for a fee, watch the locals making spears, shields, baskets and clay pots and meet a sangoma.  There is also Zulu dancing and the tasting of their homemade beer. 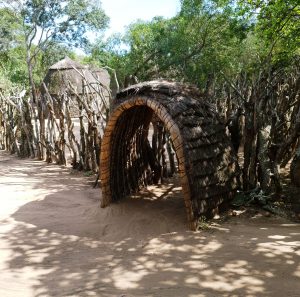 There was a lovely sentimental note to our trip too – Nick had been feeling a strange sense of dejavu on arrival, and it soon became apparent when he spoke to the Kraal Manager Isaac.  Nick had ALREADY BEEN TO DUMAZULU!

When he was 12, he stayed there on a school trip, but since then parts of the grounds had burned down in a fire.  That was why he felt he remembered some parts of the lodge and not others.  As it turns out, Isaac has been working at DumaZulu from the beginning, and helped build the lodge and village from 1994.  In fact, he was there when Nick visited all those years ago. 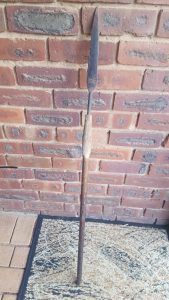 Isaac spent a couple of hours chatting to us, and was delighted when Hubby’s mom sent through a photo of the spear Nick made when he was there, as it’s at my in-laws place.  He educated us on so much about the lodge, the village and Zulu culture in general, and generously offered to take us on a walk through the village the following morning before tours started. 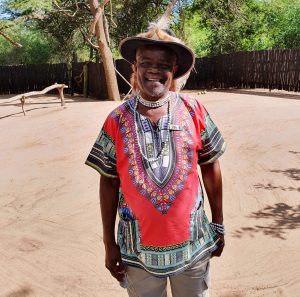 This happy smiling man is Isaac, and we’d like to personally thank him for the time he took out to share with us, both sitting and chatting on the Saturday, and the private walk through the village on the Sunday.  He is an absolute asset to Gooderson DumaZulu, he had no idea we were there for a review, and he treated us as if we were family.   Thank you Isaac!

Please head on over to the full vlog of our stay, as there are some hilarious moments (where Nick gets attacked by a spider) and a whole lot of fun in the bush.  It’s live on my YouTube channel, but here is the link: –

*DISCLAIMER – while we were hosted by Gooderson DumaZulu for the weekend, all opinions are honest and our own.