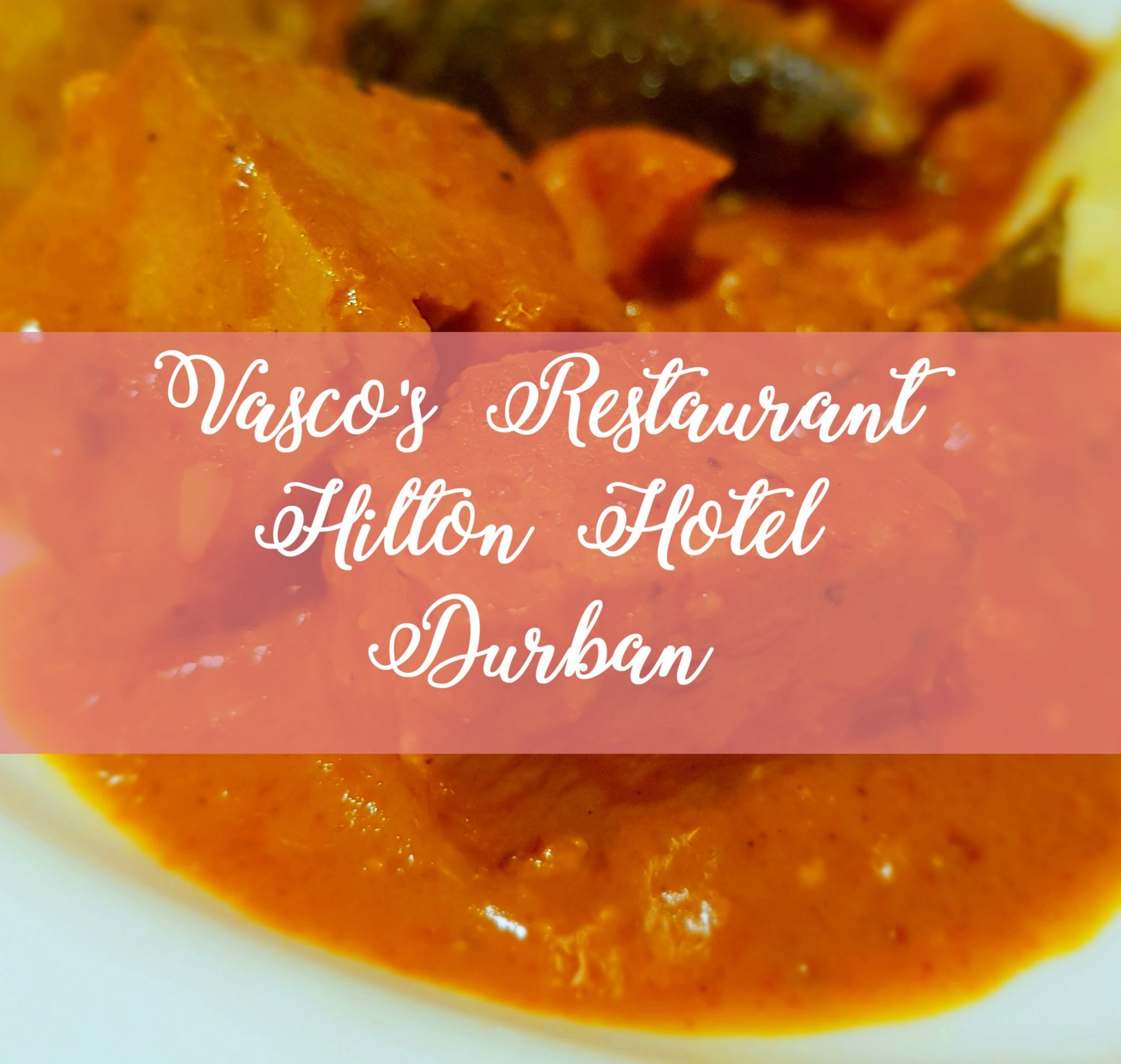 Did you know that I never used to be able to handle hot or spicy food.  For example, if I ate food from Nando’s, it would be the Lemon and Herb basting I’d opt for.

Until I met the Hubs.  He and his family are chilli crazed, and me tasting his dad’s latest fresh chilli sauce was a form of initiation.

Now?  I complain that the regular peri-peri livers at my local Mozambican restaurant are not hot enough.  I add spoonfuls of chilli sauce to most meals, and can’t have my eggs without Tabasco.  So, there was no hesitation when an opportunity to try out the Vasco’s Restaurant Flavours of the East Curry buffet popped up.  Well, that and plus the fact that they legit make the best naan bread we’ve eaten.  I’d go to that restaurant and just gorge myself silly on the naan bread!

We arrived, ordered some drinks – Vasco’s really have a great selection of wine’s to choose from, but I can’t drink wine at the moment (I mentioned this in my post on Endometriosis HERE, as the treatment I’m on causes me to have hot flashes and wine makes it SO much worse).  So, it was a G n T for me, and Hubby’s new favourite, Jack Daniels and ginger ale with a dash of bitters.

We then debated our plan of action – I briefly contemplated hitting up the dessert section first, but Hubby talked some sense into me.  What a shame!

There were so many delicious looking dishes.  To start, we browsed through the cold section of the buffet:

I am absolutely obsessed with the Tossed Tandoori Paneer salad.  It was Tandoori paneer with green beans, some green leaves and the raitha dressing tasted like yoghurt and mint.  It was so fresh and clean, yet substantial with the paneer.  I’m an absolute halloumi addict, and to me paneer is so similar in consistency but it isn’t salty – it takes on the flavours of whatever you spice it or cook it with.  Absolutely delicious, and I actually went back for seconds of this.  I mean, it must have been really good, because who goes back for seconds of salad?!

We liked that there was a build your own salad bar with all the toppings, as well as these bulk salads and individual ones.  There were also Indian spiced lamb ribs and veggies fried in some sort of delicious batter too.

Then, it was up to the hot buffet counter.  The lighting was quite red in the hot section, so I took pictures of my plate when we were back at the table instead:

One might think I’m a vegetarian after this post, as the Paneer Jalfrezi was so damned good, I had seconds of that too.  The sauce was perfection, and the cubes of paneer just took on the flavour beautifully.  I liked the flavour of the seafood curry, however the shrimp were a little overcooked.  The Tandoori snapper was DIVINE.  The most amazing flavours, I just had to be wary as it was quite bony.  Super delicious though.  And that naan.  Soft, crunchy and chewy, all at the same time, and covered in butter and garlic.  I swear, the entire buffet at Vasco’s is worth a visit JUST for the naan!

Hubby tasted some of the other offerings that he gobbled up before I could take pictures – the Trotter Curry and Cornish chicken curry.  He was super impressed with the flavours and heat level, as well as the variety with trotters.  There was even a bean and madumbi curry!

There was such a wide range of curries, but they also had different pasta and sauces available to be made on request and a succulent-looking roast lamb for those not spice-enthused.  They even had plain chicken breasts and hake fillets, that could be spiced however you chose.  Very nice, if you like curry but your partner isn’t really into spicy food.

Finally, it was time for dessert – my favourite!

As you can see, you’re spoilt for choice.  I would have loved to tuck into that cheeseboard, but went full steam ahead with as much sweet stuff as I could instead.  The Strawberry Mousse was DIVINE and possibly my favourite, competing only with the Tiramisu Squares.  The Peppermint Eclairs were like fluffy little after-dinner mints, so fresh and creamy.  Hubby thoroughly enjoyed the chocolatey goodies, and tasted Indian sweet meats for the first time too!  The Burfi seemed to be his favourite.  He declared dessert his favourite of the three courses – impossible to believe if you’d seen him eating that naan, and he’s not usually a dessert person either.

After we were stuffed to the brim, we popped into the lobby of the hotel (Vasco’s is situated at the Hilton Hotel in Durban).  It was Earth Hour between 20:30-21:30 that night, and they were celebrating with candles galore, bubbly and pancakes!  They really went all out too, it was beautiful!  If you were watching my Instagram stories on the 24th March, you’ll remember seeing some of the following: 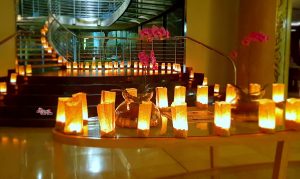 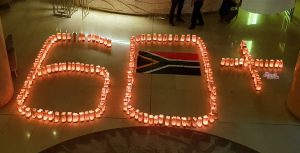 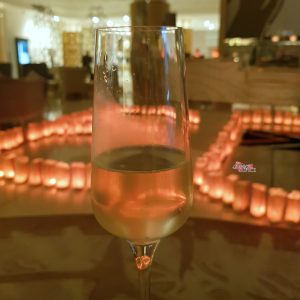 Beautiful, right!  They were serving up some pretty decent bubbly too, although I didn’t get the name of it.  We both just wished we’d had space for pancakes, but the dessert buffet at Vasco’s defeated us.

We were so impressed with Vasco’s.  The service is fantastic and the food is truly delicious.  It’s always a treat to eat there.  The Earth Hour celebrations were just the cherry on top of a fabulous night out, and we couldn’t get over how gorgeous the Hilton Hotel is.

Vasco’s has their Flavours of the East curry buffet every Saturday, and it is R275pp.

If you’d like to read some of my other restaurant reviews, you can find all of my FOOD posts HERE.

If you’d like to get a reusable stainless steel straw, you can find them HERE on Faithful to Nature.  I own the straight Smart Sip ones, but you can buy glass and bamboo there too, as well as the cleaning tools!

Do you like spicy food or curries?  Where have you had the best curry?

**DISCLAIMER – while we were treated to a complimentary meal on behalf of Vasco’s Restaurant, all opinions are honest and my own.**

Hitting the sauce with The Dubliner Irish Whiskey

Biomedcan – the CBD brand doing ALL of the things!