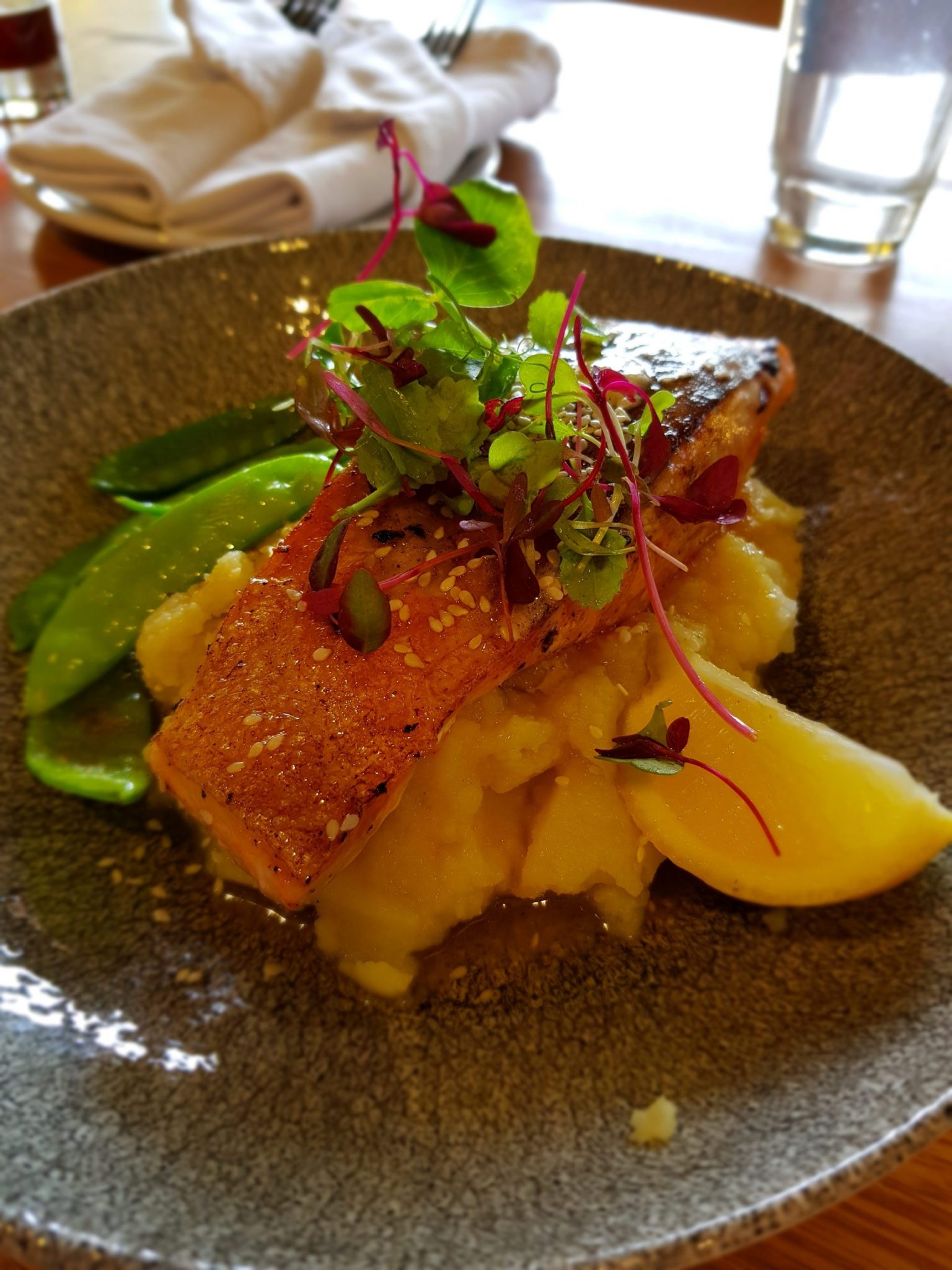 Over the long weekend, my hubby and I had a lovely Sunday lunch at 14 On Chartwell in Umhlanga.  It was a sunny but rather windy afternoon as we sat down and ordered some cocktails.  There was a musician setting up to provide some live music, and we were looking forward to a great lunch.  And disappoint, they did not!

Our drinks arrived and we clinked glasses and tucked in.  Hubby chose a Moscow Mule, while I went for a Watermelon and Cucumber G n T which was just perfection.  Tasty, not too sweet and ice cold.  Nick said his Moscow Mule was just what he’d felt like, and super refreshing.

The restaurant is located on Chartwell Drive in Umhlanga, right in Umhlanga village.  The area is popular for tourists and locals alike, and the restaurant was quite busy.  There was a live singer, doing bluesy, acoustic covers and she was phenomenal.  Definitely some of the best live music I’ve heard for a relaxed Sunday afternoon.  It totally added to the mellow atmosphere in the restaurant, and encouraged us to have a drawn out lunch as opposed to rushing through a meal and leaving. 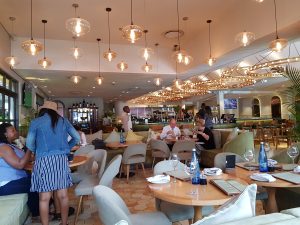 The decor is just beautiful too, with big comfortable chairs and different seating options both in and outdoors.

The decor is trendy, and completely adds to the whole relaxed but upbeat vibe that you feel the second you walk into 14 On Chartwell.

The staff were very friendly, and our waiter (although quite soft-spoken) did seem to know his way around the menu.

We were pretty darned hungry when we arrived – the drive to Umhlanga from where we live is about 45 minutes and we’d had to do some errands in Gateway before we sat down for lunch, so we had worked up quite the appetite.  We each had a starter and a main course and we were pleasantly surprised by the portion sizes.  Generous! 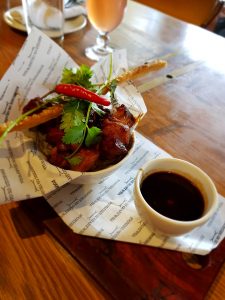 This dish was divine.  The pork bites were cooked and seasoned beautifully, the long piece of crackling was super crunchy and the presentation was beautiful.  While the Korean BBQ and Peanut sauce tasted great, it did not taste of peanut at all, and there was literally a single nut floating in it.   We were a little disappointed as we were expecting a stronger nut flavour, but it was still really delicious. 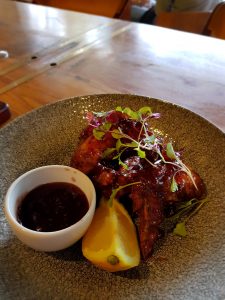 Sadly our most disappointing meal of the bunch.  This literally tasted like melted/warmed raspberry jam that was thickly coated over the wings, and poured into a ramekin.  It was also tooth-achingly sweet, and while I have a vicious sweet tooth, I couldn’t handle it after 2 wings, and there were only 4.  Hubs had to eat the other two, and he said the same thing.

Perhaps if the wings had just been seasoned and then accompanied by the raspberry dipping sauce it would have been better.  Or if the dipping sauce had been something that was in contrast to the sweet glaze, and could cut through it.

We just didn’t think that this dish was all that well thought out, and not worth the price tag that it came with.  I wish I’d gone for something else, like the Baked Camembert or Nacho-Crusted Chicken Breast Strips. 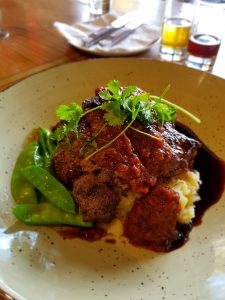 This was the hubby’s choice and he loved it!  He loves mash and he loves lamb.  The lamb rump was a teensy bit tough, but that’s usually the story with pieces of lamb like this, but the taste was fantastic and the tomato-coriander chutney was just so tasty.

The mash was a little bit lumpy, but it wasn’t really a problem, and the snap peas that were served with the dish were perfectly cooked and delicious. 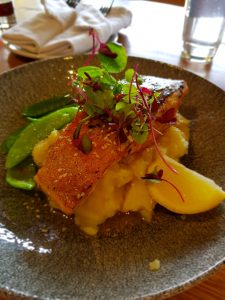 Our favourite meal of the day!  The waiter warned me that the salmon was just ‘seared’ and it was just perfection.  Flaked apart easily and nicely rare in the middle, yet the skin was super crispy.

The wasabi mash had just the right amount of wasabi in, so you got the flavour but it didn’t overpower the rest of the dish.  The snap peas were once again perfectly cooked and the sauce was the most delicious thing I’ve had with salmon ever.

Sadly my mash was also a little bit lumpy.  We’re both a bit fanatical about mash being smooth, and for these prices you would assume the mash would be smooth and creamy.  However the taste was so good that we didn’t feel the need to complain – rather it taste good, than be bland but smooth, right?  Perhaps just something the restaurant could work on in the future?

Overall we had a lovely experience at 14 On Chartwell.  The restaurant is lovely and the vibe is nice and relaxed, the perfect place for a lazy weekend lunch.  The food was very good, although there were things that could be changed.  The absolute highlight for us was the live music – I hope that she’s a permanent fixture there and not just a once off for Heritage Day, as she was exceptionally good and definitely drew a crowd in.

We’ll most definitely be back to try some of the other meals, perhaps the bar bites – there was a German Sausage and Craft Beer board that totally had our name on it, and the burgers looked amazing.  And I saw someone else having the Lobster Mac n Cheese and I need to go back and taste that!

**DISCLAIMER – while we were treated to a complimentary meal on behalf of 14 On Chartwell, all opinions are honest and our own.**

KZN spots to eat or drink with the Entertainer