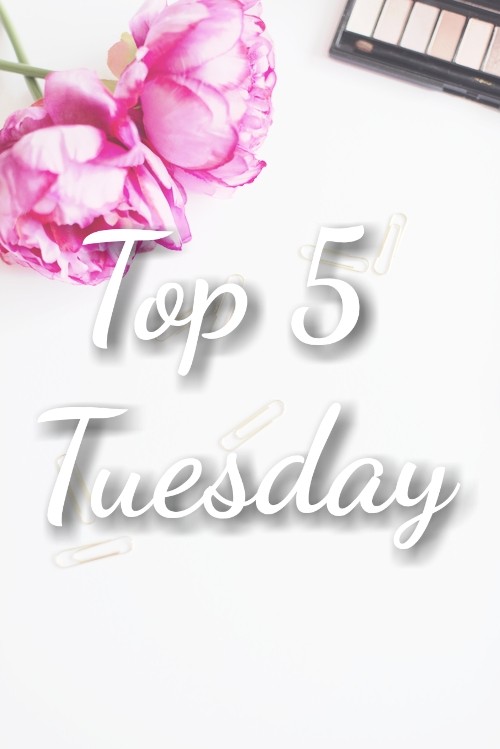 I had originally planned a different post for today’s Top 5 Tuesday.  Something along the lines of juicing recipes.

However, after my long weekend, I decided that perhaps I should do a different post.

I had a LOT of over indulging this weekend.  Unhealthy food, lots of champagne and lots of other booze, along with late nights and very little sleep.  Why all of this, you ask?  Because I had my bridal shower and bachelorette parties this weekend!

My bridesmaids completely outdid themselves.  On Friday they planned for my mom and I to have pedicures and lunch out, where mom and I even indulged in a sneaky cocktail with our antipasto platter lunch.  Then we headed to the bridal shower where the girls had planned everything in a unicorn theme.  I LOVE unicorns, so this was incredible.  They even took my old and very in need of a makeover rocking horse from when I was a little one, and turned her into a white unicorn complete with horn, false lashes and pink and blue streaks in her mane and tail.  Queue drinks in the form of bubbly and bubbly and candy floss cocktails, and delicious quiches, cheese and a waffle bar!

They planned my bachelorette for the following evening, so I had a nice chilled Saturday getting my hair colour done for our wedding, and snuggling up watching some TV.  Then it was time to get ready, and I was told to do glam and sparkly makeup, and they had an outfit for me.  It was all Sex And The City themed, and I even have a t-shirt that has the NYC skyline on and says ‘I’m marrying my Mr Big’.  We had MORE bubbly (and lots of it) and pizza, cake and naughty games before heading out all dressed up, to play ten pin bowling and then hit the town for a scavenger hunt.  Queue the shooters, cocktails and other assorted drinks. 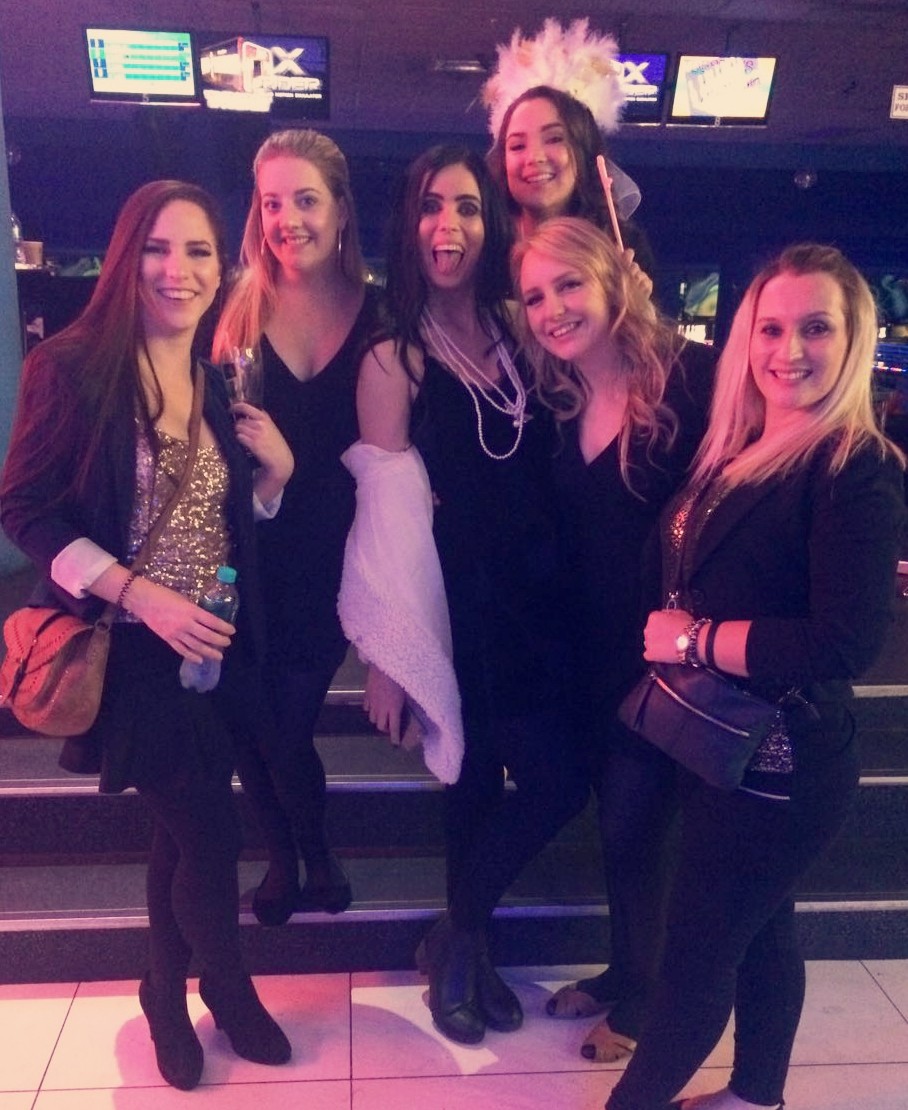 After crawling in at almost 4am, and not much sleep due to celebrating Father’s Day yesterday, my skin is NOT impressed, and neither is my whole system.  I had an early night, and I’ve applied some good hydrating products, but my skin has been battling with dehydration as it is.  Here are my tips for making you feel (or at least look) better after a lot of partying and very little sleep and water: –

You need to put any kind of hydration back into your system, as all of that alcohol will dehydrate you.  Not only will you feel like crap (feel that pounding headache and slight nausea?), your skin will show it too.

The best way?  Drink a ton of water.  It’s not what your body might be craving after a late night and all of those tequila shots, but it’s what your body needs.  I often find I’ll be craving Creme Soda or something super sugary, but I now just drink some sparkling water with lemon or lime in, and it tastes nice while still giving my body the hydration it needs.

If you feel REALLY  bad, have a sachet of Rehydrat, or if you really can’t stomach water, drink something that has electrolytes in it, like coconut water or Energade.

My skin has been suffering with dehydration as it is.  On Sunday morning, it was really red around my chin and nose, the areas where it’s been the worst.  This is because the drinking and lack of sleep, together with lots of makeup being applied, has sapped my skin of all water.

I gave my face a gentle exfoliation with my Esse Cocoa Exfoliator (this has some nourishing oils in too), and then I slapped on a Skin Republic Hyaluronic Acid and Collagen sheet mask for a while.  After that it was all about more hydrating products.  I put some Avène Hydrating Serum on with a good dose of the Avène Thermal Water Spray, followed by Clinique Moisture Surge Extended Thirst Relief Gel Cream, and a bit of my dr.dermal The Omega Skin Oil.  Some Eucerin Aquaphor on my lips has helped any chapping too, and I even put a little bit of this on my chin and around my nose after a couple hours too.

It’s still feeling pretty tight and uncomfortable today, so I’ve picked up the Bioderma Hydrabio masque to use tonight – I think I need a tube of face mask rather than just the sheet masks.  This one recommends you use it every night for a week, and then once or twice weekly after that.  With my wedding in 12 days now, I think that’s not a bad plan at all!  I’d totally have splurged on the Glamglow Thirsty Mud, but with pay day not quite here, that wasn’t an option.  I recently tried a sample of it and wowzers is it good at giving your skin that boost of hydration.  If you’re in the market for a more deluxe hydrating mask, give it a try!

3.HAVE A WARM SHOWER

You’ll be tired, cranky and possibly stiff from too much dancing or walking around in heels.  But DON’T have a super hot shower.  As tempting as it seems to your achey, tired body, this will just sap your skin of even more moisture.  Try and keep it to just a warm shower and use some hydrating or nourishing body washes during, and lotions afterwards.  I grabbed my Nivea Pampering Shower Oil, and then my TBS Almond Milk and Honey body butter.

When I’ve had a late night of partying, or just a late night in general, it’s normal to crave ALL of the food.  And in large quantities.

While it’ll be awesome while you’re eating it, afterwards your stomach might find it a bit much, and you’ll feel worse.  Also, you’re more likely to want to crash and nap the entire day after you eat – you know, magie vol, ogies toe – Afrikaans for ‘tummy full, eyes closing’ – that feeling you get when you’re super sleepy after a big meal.

Snacking is a much better plan – you can snack on healthier options like biltong, fruit, nuts, cheese, meat, and some healthier carbs too.  Small amounts of food can soothe the hunger pains, yet you won’t suddenly feel the need to be sick, or pass out and lose your entire day due to excessive napping.

If you HAVE to have pizza, order a smaller one.  You don’t need the biggest one that the store makes.  Or order the bigger one, eat half and save the rest for a snack in a few hours time.

If all else fails – concealer.  You can use just a simple tinted moisturiser and a good concealer, and your skin will still look clear and fresh, even if you’re hiding that breakout of pimples from not taking off your makeup at 4am when you crawled in, or those dark circles from the lack of sleep you had.

What are your tricks and tips for hiding a late night or helping with a screaming hangover?