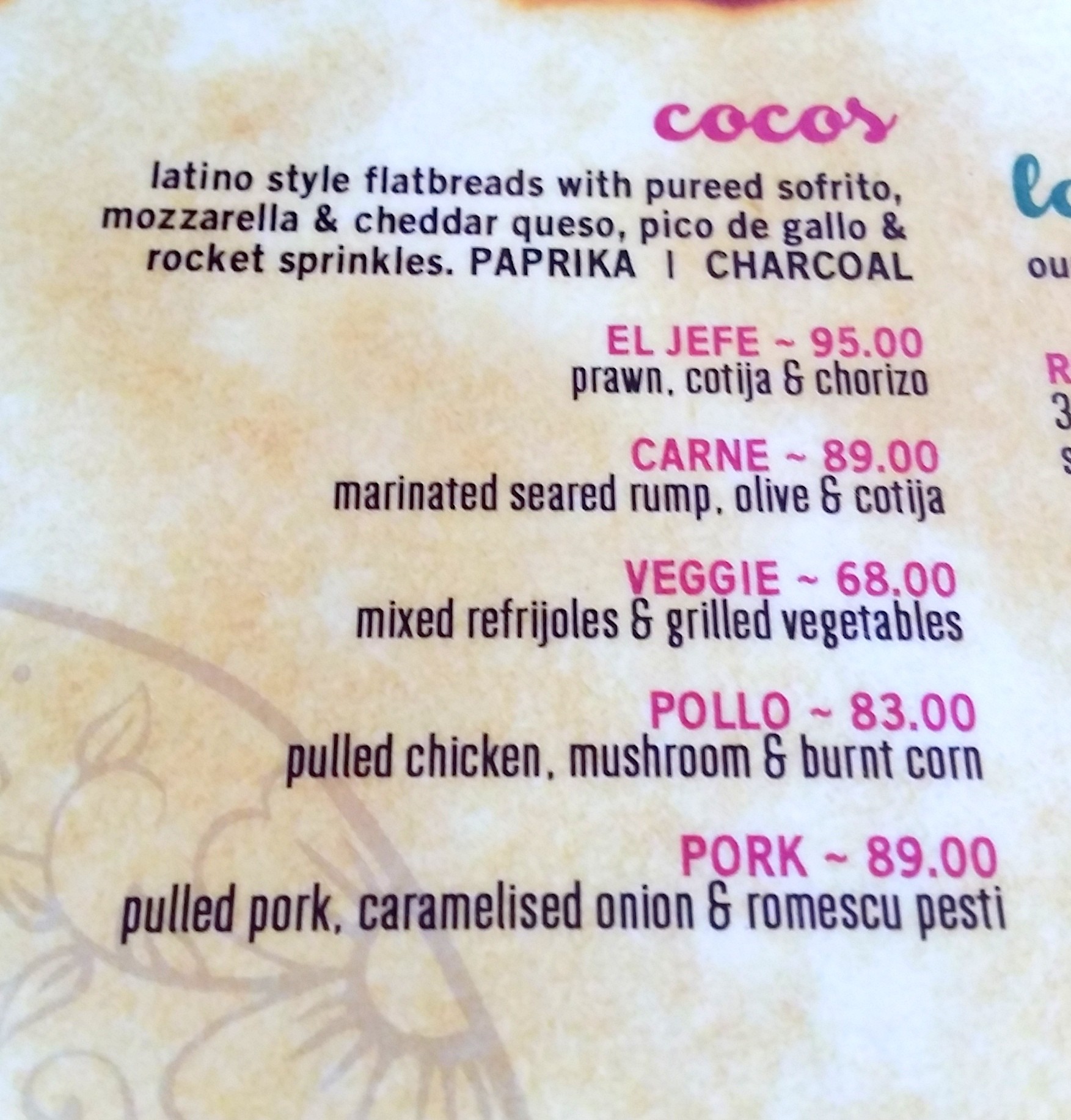 So today, a very hungry and junk-deprived me will be telling you all about my visit to El Toro Tapas and Tequila in Durban North.

A while back, the fiance and I decided to venture out to somewhere we hadn’t tried together.  We browsed The Entertainer app, and see what lovely places we could grab a bite to eat, and get the fabulous buy one get one free offer that the app provides.

For those of you not in the know, The Entertainer is a paid-for app that you can find in Google Play Store, or in the App Store.  You simply download it for free, and then purchase the specials bundle for your area.  You can then get buy one get one free offers for different categories – Food & Drink, Beauty & Fitness, Attractions & Leisure, Retail & Services and Hotels Worldwide.  Each time you redeem an offer, you earn back Smiles, which can be used to buy back offers (you get 3 offers for each company listed on The Entertainer).

I was lucky enough that at the Durban Blogger Meetup last year, we were all given a VIP code to access The Entertainer for free.  We had until the end of 2016 to make use of it, which my fiance and I did pretty darned well.  It cost R600 to renew the app for 2017, but they had a select period where you could pay half that on the Early Bird special, which we did.  So far this year, we’ve saved an average of R1019, for R300 we spent to renew the app!

We’ve used the app for buy one get one free meals at Bierfassl in Nottingham Road (schnitzel and eisbein to die for), El Toro in Durban North, The Keg and Trout in Hillcrest (several times, for their buffalo wings), Lucky Shaker in Umhlanga (buy one get one free cocktails!), Wahooz on the Promenade (burgers with a friend after we did the Chimp and Zee tour, and at Mamarazzi in Hillcrest (my favourite place for good wood-fired pizza).  I’ve also used it to take mom for a massage (buy one get one free) at Bella Day Spa in Hillcrest (fabulous place, it’s a hidden gem that is truly lovely) and at the Fun Company at the Pavilion mall, where we bought 100 credits for the arcade, and got 100 free.

There are SO many other wonderful places to eat at/pamper at/travel to/entertain yourselves at, that the fiance and I have made a concerted effort to only try and eat at restaurants on the app.

But anyway – back to the review in question – El Toro!

I had been there previously, soon after it had first opened, and had tried the Lamb and Paneer nachos and thoroughly enjoyed them.  N (my other half) isn’t the biggest fan of Mexican food he tells me, despite having a fondness for anything hot and spicy, so he wasn’t too keen to try a place that had Latino food, yet he said he trusted my judgement and we’d give it a shot.

We arrived, thirsty and hot, and ordered a drink each – a vodka and Coke for Nick, and a strawberry and lime Kopparberg cider for me. 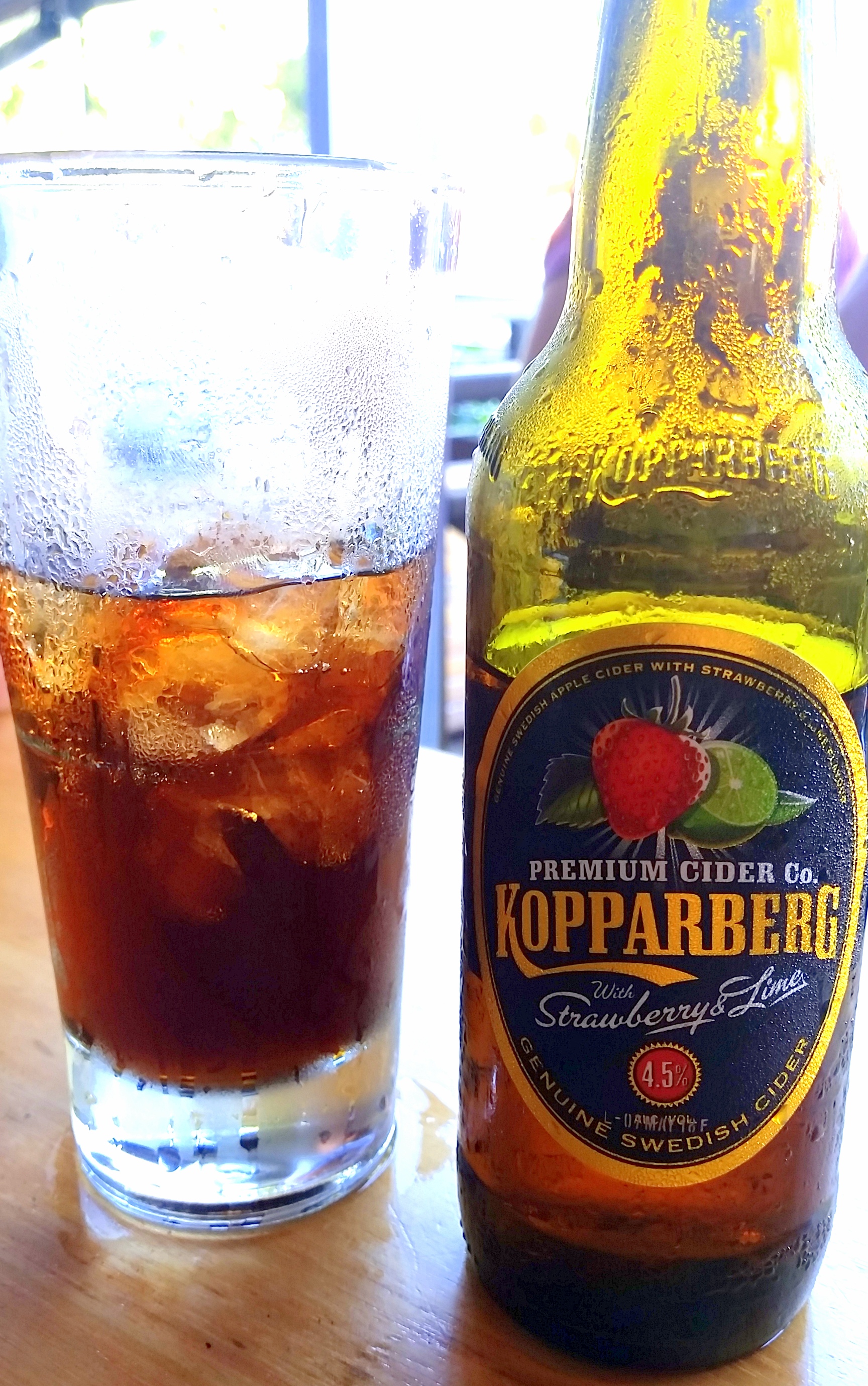 After browsing the menu, and getting confused over some of the words that described the order, we actually found a little note at the bottom, with the meanings for these words: – 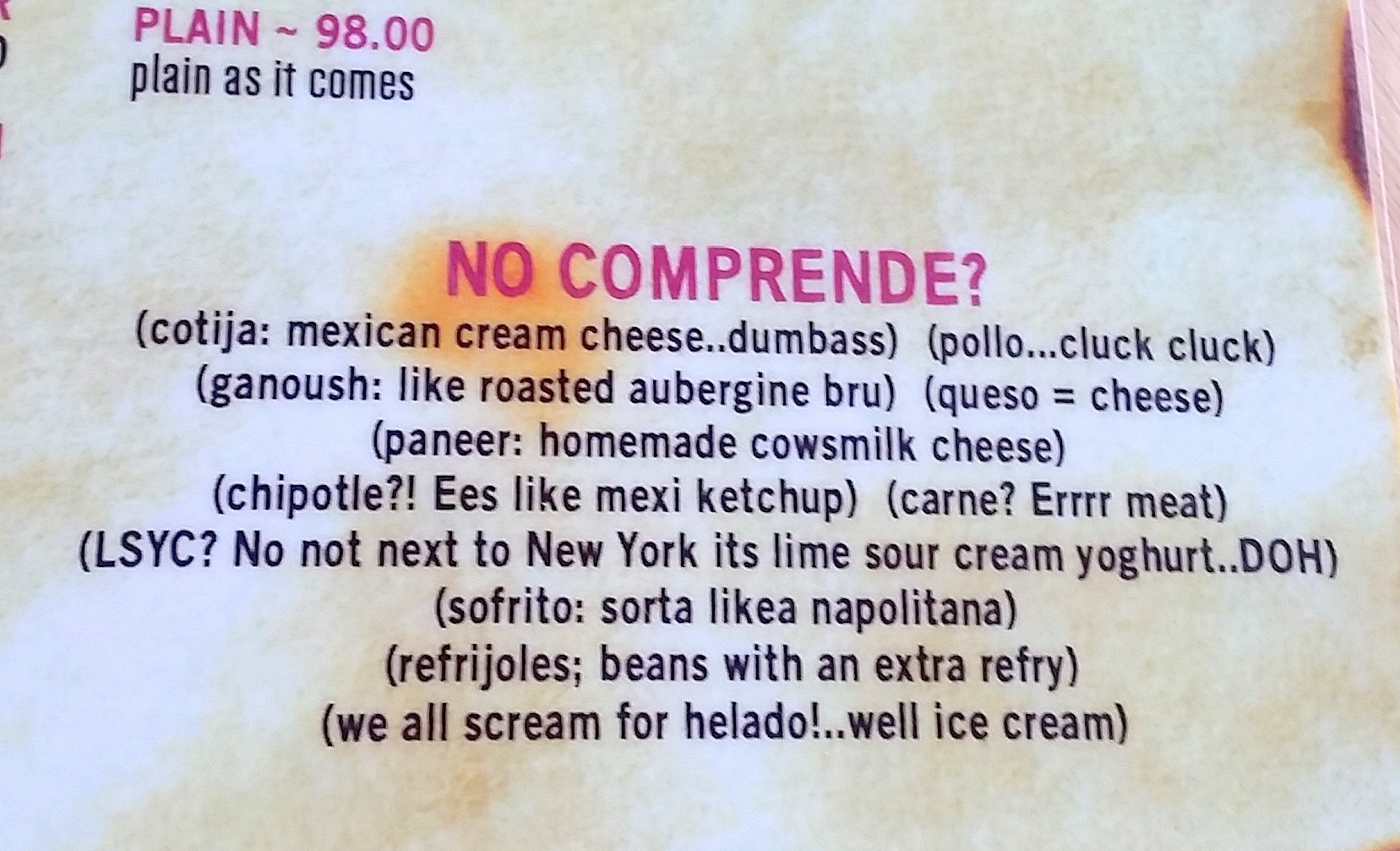 We eventually settled on the Jalapeno Bombas to start – Jalapeno poppers, but I had heard that they were absolutely incredible here, and they’re one of N’s favourite things to eat.  And boy, they did not disappoint! 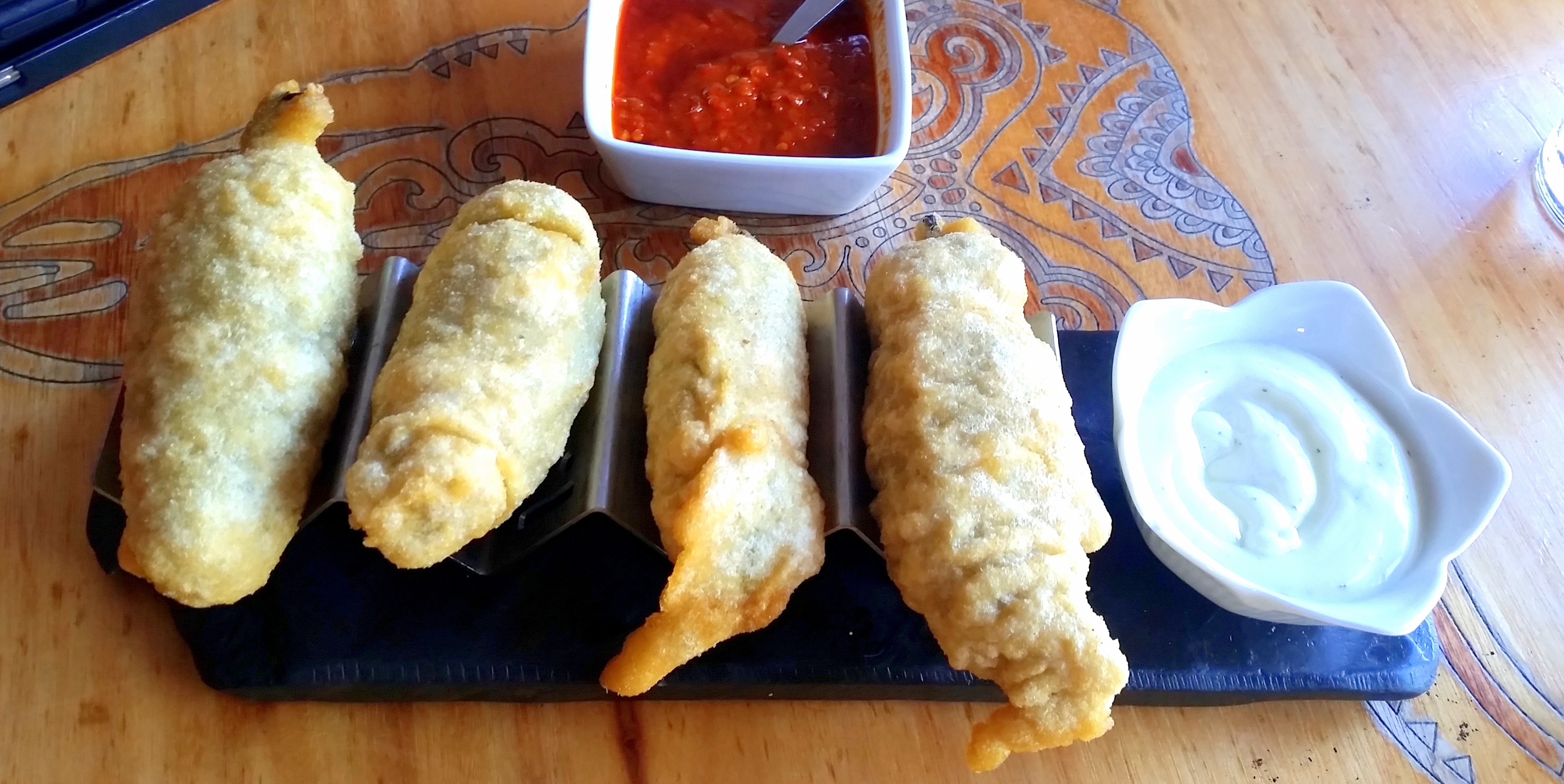 They were served with some dipping sauce on the side, which turned out to be the LSYC sauce, a sour cream and yoghurt sauce with lime and coriander in.  I could smother anything in this sauce, and it would taste good, but with the massive deep-fried jalapeno poppers, it was just to die for.  There was also a small dish of salsa, but it was FIERY hot, which I discovered after dipping a finger in and tasting it.  Too hot for me!  The Jalapeno Bombas come in either 4’s or 8’s and we ordered the 4’s, but I could easily have had just this as a meal.

For our main we decided to go with the Nachos with Braised Lamb and Homemade Paneer, as I’d already spoken them up so much to N.  We wanted to taste something else delicious too though, little piggies that we are, and we order the El Jefe Cocos – a Latino flatbread that comes in either Paprika or Charcoal (we went with Charcoal), and is topped with pureed tomato, cheddar, mozzarella, pica de gallo, rocket and our choice of topping – prawns, chorizo and cotija (a Mexican cream cheese).

The nachos were absolutely phenomenal, just as I remembered, and gave me the feeling of a sort of Indian/Mexican fusion meal.  So delicious, and I’d definitely order them again.  They aren’t shy with the lamb or paneer they put on, so you get so many different flavours all mingling together, yet somehow you can taste each thing on its own too. 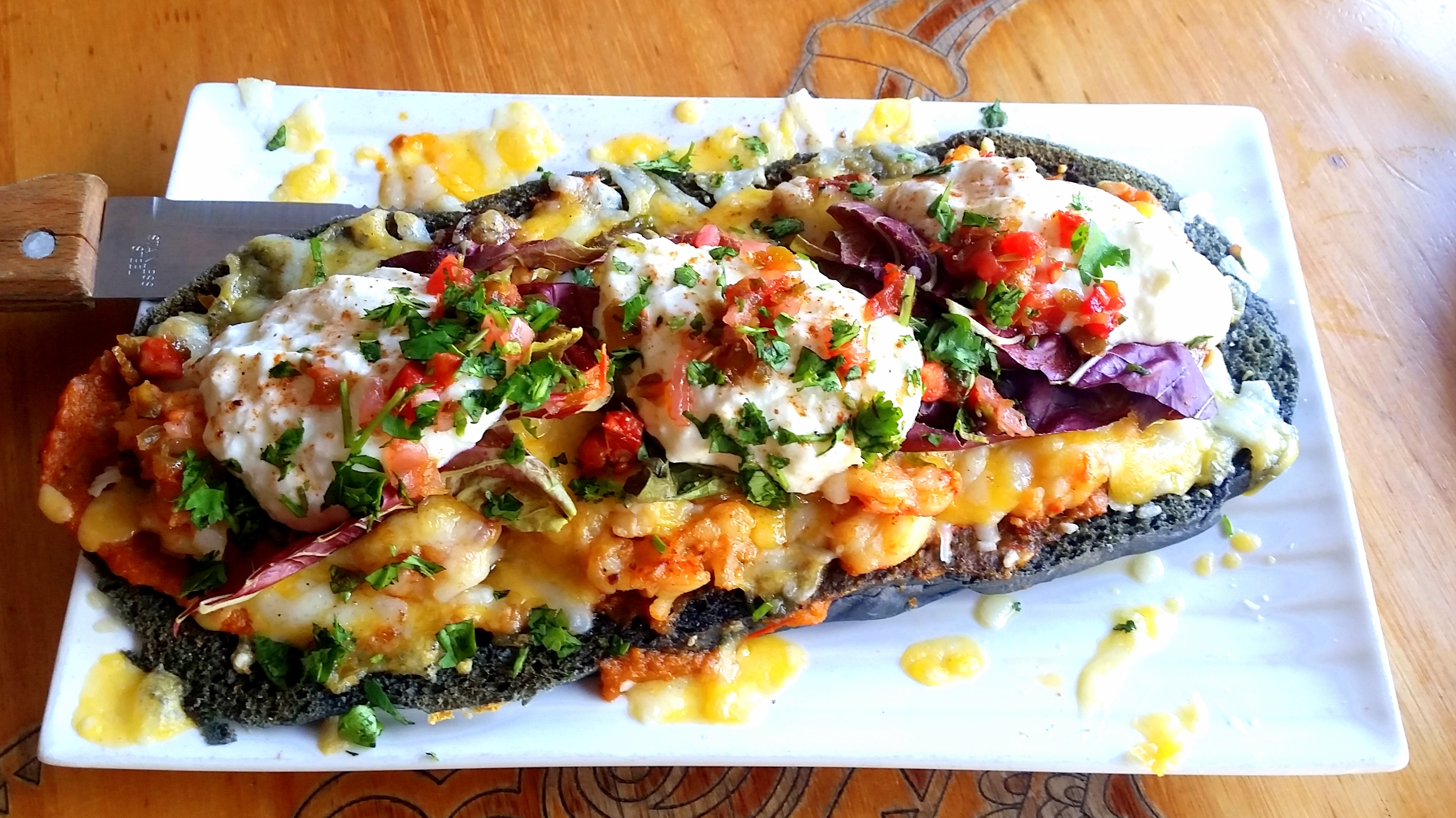 So this one threw us – the bread was BLACK!  I thought charcoal meant it would be grilled, and you’d see the grill lines on it.  How wrong I was!  Despite it being black, this meal was also incredibly tasty, with the veggies, salsa, sauces, prawns and chorizo on, the flavour combinations worked so well.  There is only one thing we’d do differently with it – eat it first!  We were kind of going between the two meals, snacking as we chose, and the toppings on this flatbread did cause it to go a little soggy towards the end, so next time we’d eat this whole meal, and then go on to order nachos or whatever else.

Although we DESPERATELY wanted to try a dessert – namely the Churros – we just didn’t have space, and basically had to roll ourselves out of the restaurant.

Overall, we’ll definitely be back for more delicious food at El Toro, as well as possibly trying some of their cocktails and tequilas.  Being a Sunday we didn’t feel like hitting up the tequilas, and neither of us was really in the mood for a cocktail, but their cocktail menu looks incredible.

And – thanks to The Entertainer, we paid for our Jalapeno Bombas and the Nachos, and walked away with our Cocos flatbread for free – it’s listed as buy one get one free main meals, so obviously one of the main meals will come off the bill.  What a treat!

Have you eaten at El Toro?  What would you recommend there??

Winter Wonders – plus a GIVEAWAY!