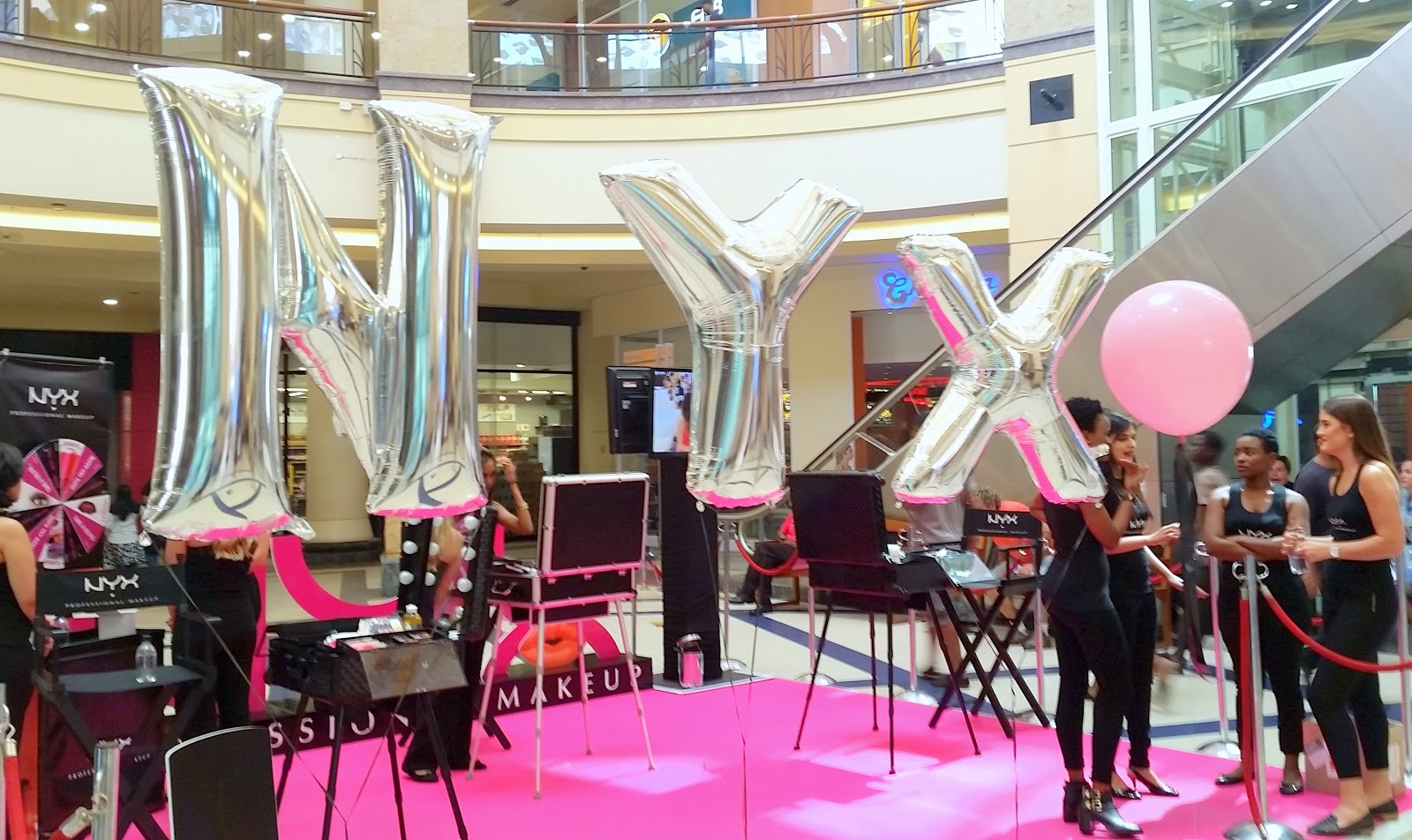 So, I know we’ve had NYX Professional Makeup in South Africa for a while.  But the stocks are always low at stores, and what they have imported into the country has been minimal.  I’ve had to order the Matte Lipstick in Tea Rose and the Butter Glosses in Angel Food Cake and Eclair from overseas.

HOWEVER, never fear, as NYX has now fully come to South Africa!  The first World of NYX launched in Johannesburg late last year, and now, we have a huge concession at our Clicks in Gateway mall.  Apparently 1000 products will be stocked, with launches of new products set to happen in the following months too.

I was lucky enough to go to the official opening this past weekend, as well as the launch the weekend before, and hear about all the great stuff that NYX has planned for us.

To start with, take a look at all the new goodies we have in the NYX Gateway store —

Stunning, no?  I only managed to take a few pictures of the goodies now on offer, as the store was so jammed with people desperate to get their paws on some raved-about NYX products.  I plan on going back again at a later stage.