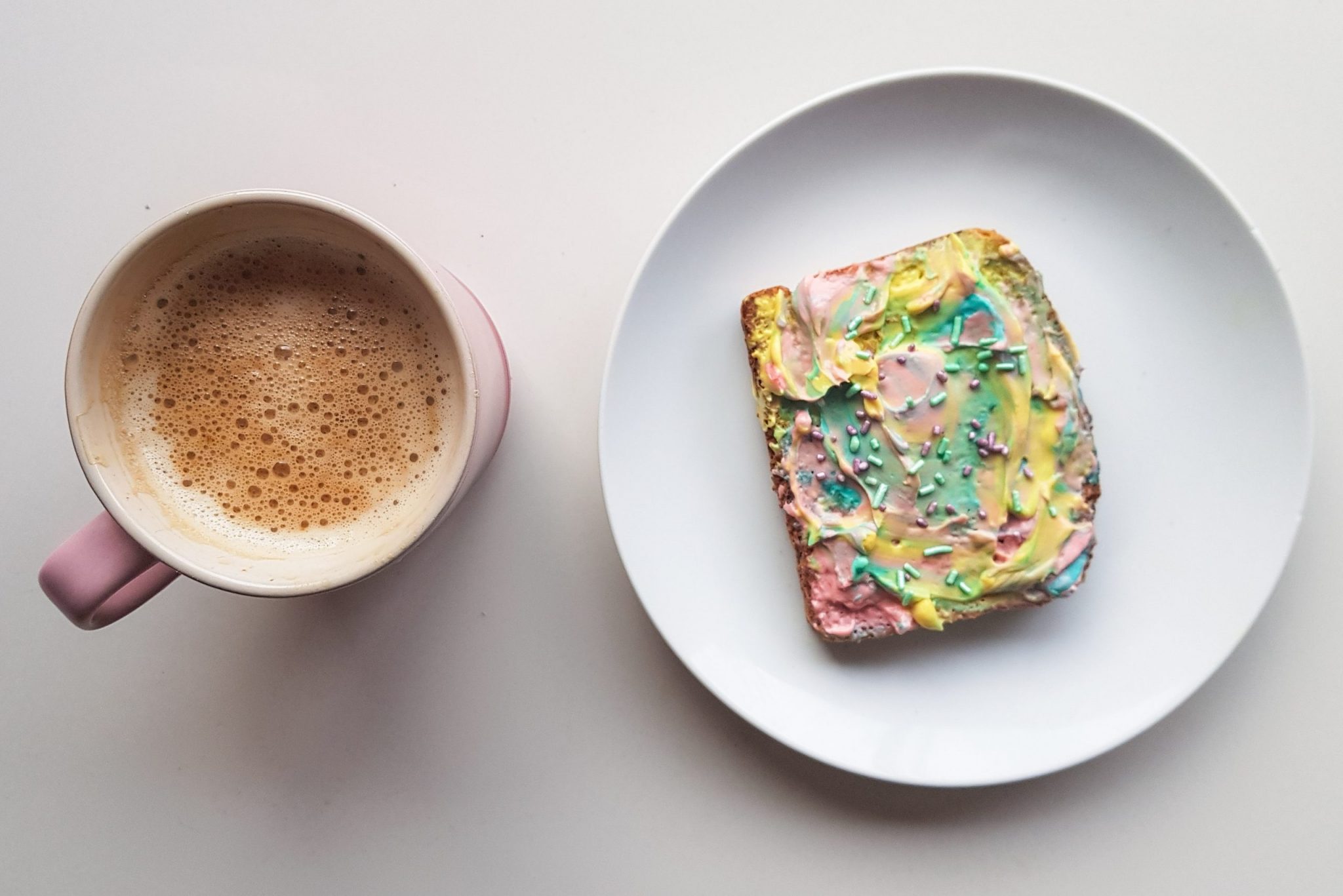 It’s been quite some time since I made a recipe post.  Granted, this isn’t much of a ‘recipe’ as such, but hello – UNICORNS!

There has been so much darned obsession with unicorns lately, which makes me very very happy.  Myself and one of my besties (yep Chels, that’s you!) are unicorn crazy, and have been since long before the trend started.  We were just lucky that a trend evolved!

I saw a post on this on Dizzy Brunette, and just knew I had to recreate it.  It’s not unhealthy if done right, and it’s just so damn Instagramable that I know you’ll want to try it!  So I tried it for breakfast this morning (after getting up a tad earlier than usual, and realising I had extra time to prep brekkie), and it was delish.  I made mine with Woolworths Low GI Seed bread and I added a squeeze of honey into the cream cheese so that it had a slightly sweeter taste than regular old cream cheese on toast. 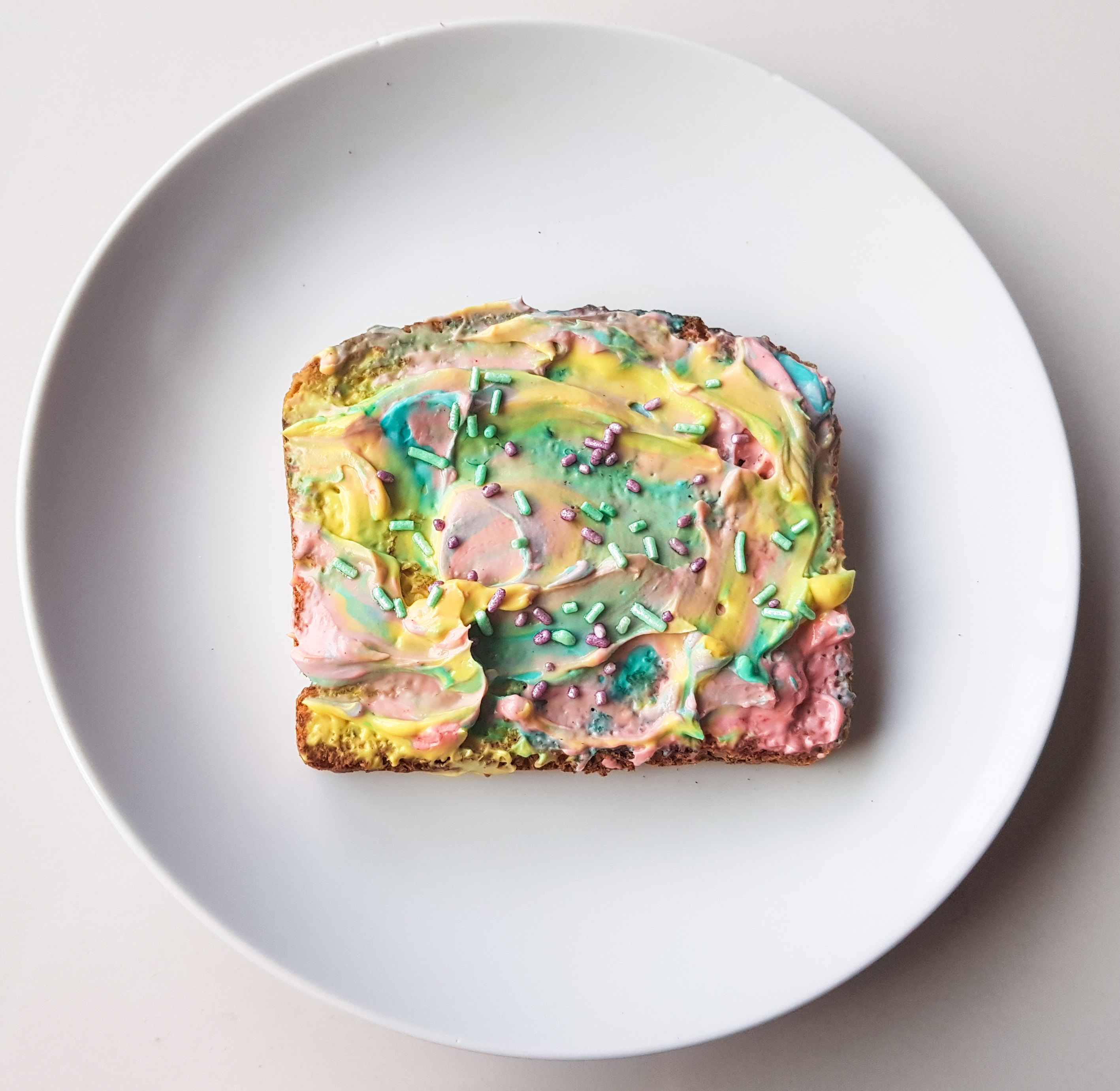 Bread for toasting (I chose Low GI seed bread, but you can go with white bread if that’s what you prefer)

Food colouring of your choice

A little honey if you want to sweeten it up

Sprinkles, mini marshmallows, glitter or whatever you want to jazz it up with

Add tiny bits of food colouring to your cream cheese (you can go pastel, or make it darker – I went pastel).

Add a tiny bit of honey if you’d like it a bit sweeter.

Swirl the coloured cream cheese on your slice of toast.

Take your amazing pictures of your toast for Instagram.

Would you try making this toast???