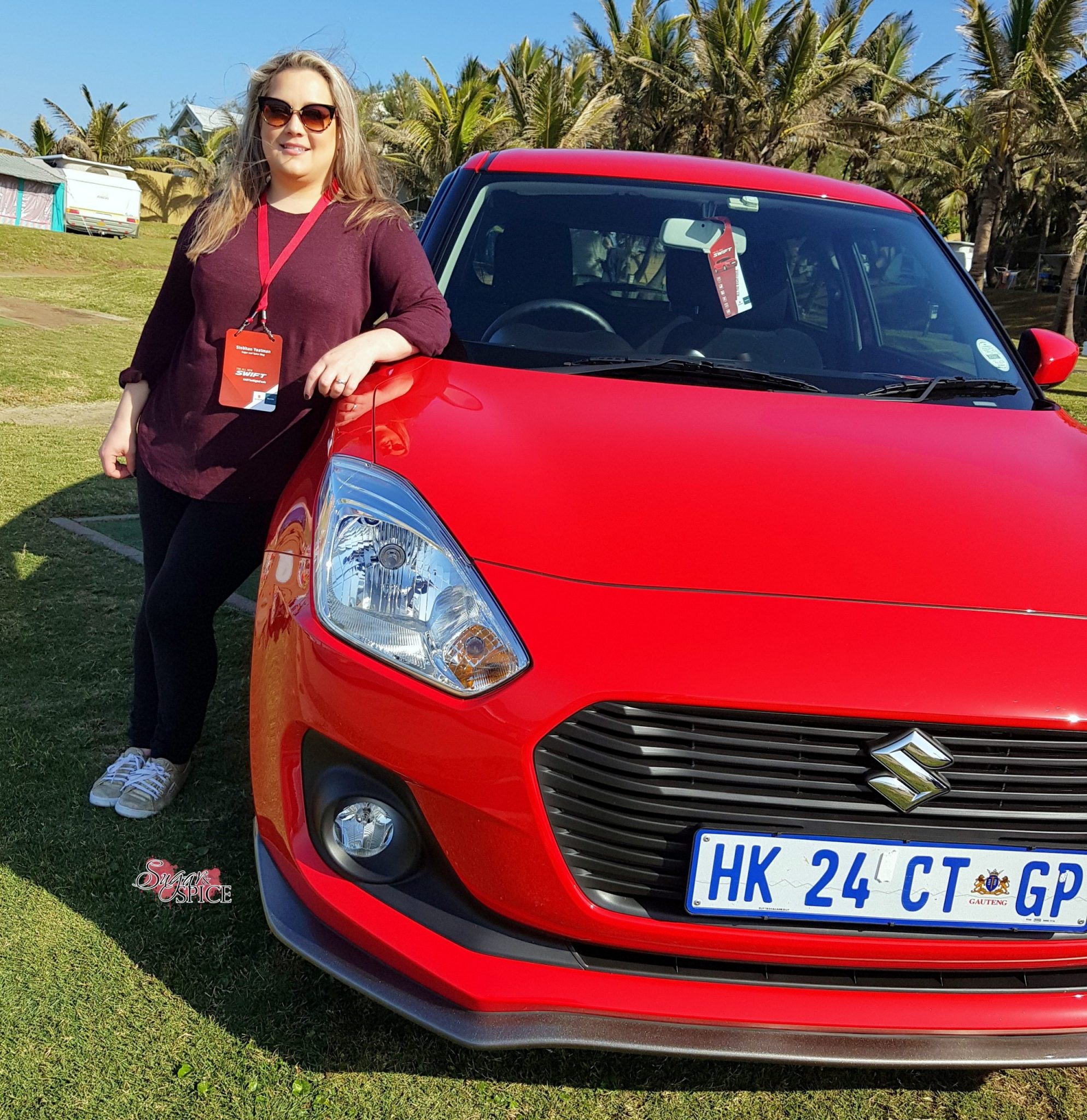 The all new 2018 Suzuki Swift was launched this month, and I was invited to the launch down the KwaZulu Natal North Coast.  I can’t tell you the excitement that ensued, when that email popped up in my inbox! 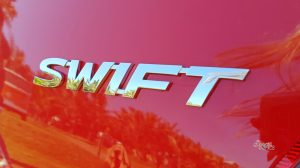 The launch was an overnight event at the Fairmont Zimbali Resort, starting with a gala dinner and presentation in the evening, and then a day of test-driving the new Suzuki Swift.

I arrived a little early, as I live almost an hour away from Zimbali – I didn’t want to risk getting caught in afternoon traffic and being late.  I checked in and managed to get some social media work done in my gorgeous room while I waited for the pre-dinner drinks.

I had enough time to do some work, and have a shower and freshen up for the drinks and then the gala dinner.  I was actually pretty excited to get a bit dressed up, and wore this stunning forest-green velvet wrap dress from Velvet at YDE.

I then headed off to the upper pool deck for cocktail hour.  I recognised one or two people, but there wasn’t anyone I knew all that well.  I’m so bad with my social anxiety, so I headed straight to the bar for a glass of wine.  I ended up bumping into the awesome Shiraz from The Boy On The Park Bench, a Capetonian fashion and lifestyle blogger.  We chatted for a little, laughing as we were the two most obviously dressed up guests (most people had come straight from work I assume).  I ended up realising I actually followed him on Twitter, and we were then besties for the rest of the event!

The Gala Dinner and Presentation

The gala dinner in the Syringa Room at the Fairmont Zimbali was beautifully set up with Asian-inspired decor and Suzuki banners.  Our starter was plated for us at the tables as we sat down, and we were brought each of our other two courses throughout the evening and during breaks in the presentation. 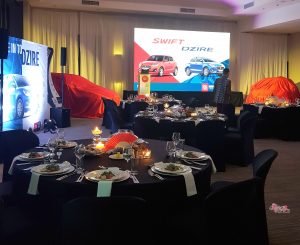 The presentation for the new car was incredibly interesting.  I had never driven a Suzuki before (*gasp, the horror*), but this zingy little hatchback sports some amazing features – a floating roof design, a driver-orientated cockpit, new generation platform, seats that really ‘hug’ you and fabulous fuel economy of 4.9 litres/100km.  The new model has a slightly larger boot-space, as well as being slightly wider than previous models.  You also have 6 gorgeous colours to choose from – both Shiraz and I oohed over the Metallic Lucent Orange, a stunning burnt orange shade, but the Solid Fire Red is super sporty too. 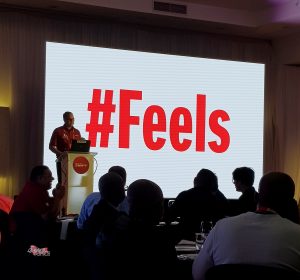 I also really like the marketing around this new Suzuki Swift.  The brand has recognised that millenials don’t really come with ’emotions’ as such, but more #Feels and so they’re marketing the car with different adverts showcasing different #Feels, i.e. #FeelsBoss #FeelsFree #FeelsSafe #FeelsUnstoppable #AllTheRightFeels.  This will definitely appeal to the younger market! 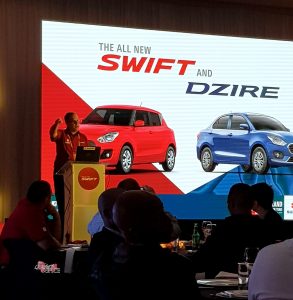 We were also introduced to the all new Suzuki Dzire – a more family-oriented sedan version of the popular hatchback Suzuki Swift.  It also includes the seats that seem to hug your body as  you sit, as well as the driver-orientated cockpit, passenger comfort, new generation platform and the same great fuel economy.  We’d be test driving the Suzuki Dzire as well as the Suzuki Swift the next morning.

After dinner was over, I decided it was best to have an early night if I was going to be driving two different cars the following day.  I slept so deeply in that comfy bed – the linens were so soft!  It was so chilly though that I do kind of regret not opting for the Hot Water Bottle Turndown.  Definitely something to try if you’re staying at Zimbali during the winter months. 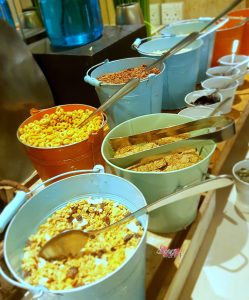 I almost ran late for the breakfast buffet the following morning in the Coral Tree restaurant – I blame the bed being so damned comfy – but luckily I had time for a decent brekkie and some fresh orange juice before we headed off.  The buffet is super, very varied and with something for everyone.  I was so impressed that they even had soy milk on offer at the milk station (something I’ve not seen at a hotel before). 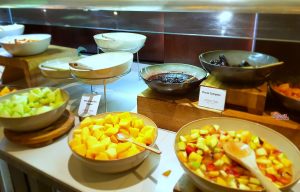 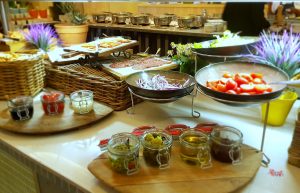 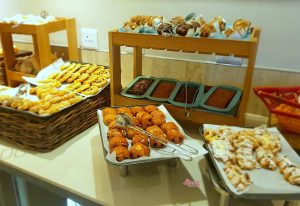 We had to pick our ‘co-pilot’ the previous evening, and Shiraz and I teamed up together, deciding to drive the Suzuki Dzire first.  We were given a route, along with step-by-step instructions, and told they’d see us at Salt Rock Caravan Park after our drive.  I won’t lie, I was a little nervous driving a car that wasn’t mine. 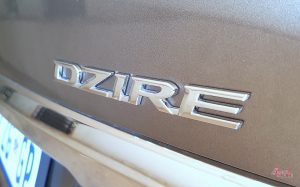 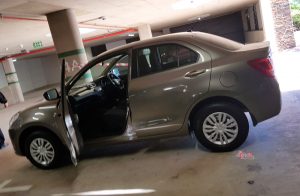 The Suzuki Dzire gives a very smooth drive.  I really loved it, and we completely understand what the presentation the night before had meant when they said that the seats ‘hug’ you.  I definitely found the car to be exceptionally comfortable, and Shiraz and I agreed it would be a great car to do family road trips in.

We arrived for coffee at Salt Rock Caravan Park, in time to meet up with everyone else driving, and switch over to the Suzuki Swift. 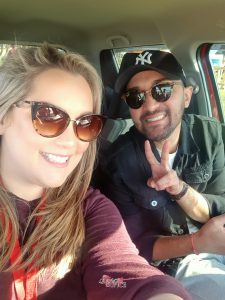 We drove the Suzuki Swift to Rain Farm Lodge for some snacks and juice, before heading back to the Salt Rock Caravan Park for lunch.  The drive in the Suzuki Swift was just as zippy as I thought it would be.  This car is proof that dynamite comes in small packages, and this little red beast really packed a punch!  I thoroughly loved the drive, and once again, found the seats to be very comfortable.  There is so much more room inside than it looks too, although the boot (obviously) isn’t as large as that of the Suzuki Dzire.  It was actually smaller than my Fiesta, yet inside the car itself is so spacious.

On arrival back at Salt Rock Caravan Park, the Suzuki team had gone above and beyond with ensuring they fed us well for lunch.  The Gin Tin had set up a gin-lovers dream, with a variety of gins and delicious additions to your run-of-the-mill GnT.  Fudart Streatery had set up with some delicious snacks on the tables, as well as bunnies and burgers from their van, and Sugarlicious offered a variety of their macaron ice cream sandwiches. 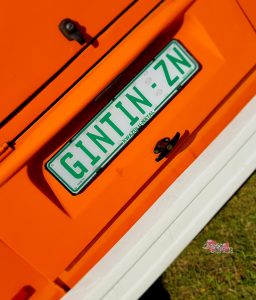 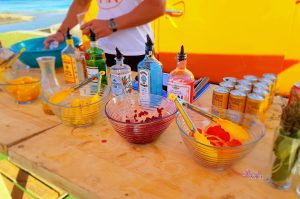 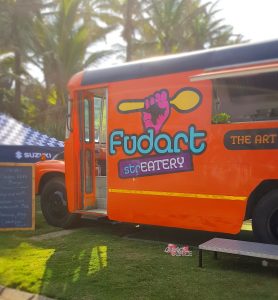 This was the food-comalicious end to a wonderful day driving some superb cars.  A humongous thank you to Suzuki and Hello Conversations for allowing me to be a part of their wonderful launch!

The all new Suzuki Swift is starting off at R159 900 too, with launch specials too.  Go on and test drive one if you’re on the lookout for a new car – you won’t regret it!